Meticulously groomed and ingeniously laid out, Spring Creek Golf unfolds over peaceful rolling hills and woods beneath the mountains of Central Virginia
Crafting an Award Winning Championship Golf Course
Throughout the golf course, rock walls and bridges emphasize a theme of old-fashioned elegance and practicality. Bent grass fairways, beautiful greens and the natural contour of the land help make Spring Creek a unique, exceptional golfing experience. It was truly designed as a course that is accessible for all golfers, and yet challenging for tournament professionals when set up to their standards.

Best course in Virginia...you won't be disappointed. The course is immaculate, the scenery is amazing... The staff is incredibly friendly and members that I encountered were pleasant to be around as well. It is worth every penny!

Unbelievably beautiful golf course that can be as tough or easy as you want it to be depending on the set of tees that you play. The all bent grass golf course in central Virginia is a treat to play. This is a must play for any avid golfer!

Throughout the course, rock walls and bridges emphasize a theme of old-fashioned elegance and practicality. Bent grass fairways, beautiful greens and the natural contour of the land help make Spring Creek a unique, exceptional golfing experience. 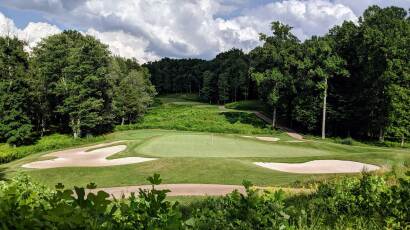 Par 3 | 13th hardest hole
The first par three of the course is a good test. With bunkers protecting this green on both sides there isn't much room for error. If your shot ends up on the wrong side of the green from where the hole is, it could lead to a high number.
MORE INFO 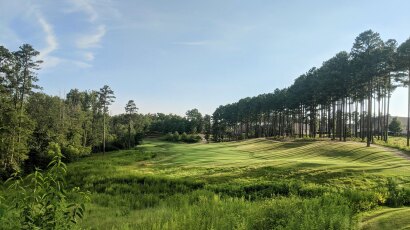 Par 4 | 6th hardest hole
You have options with your tee shot on this split fairway par four. Favor the right side to give yourself the best chance to hit the green. There is a hazard along the whole left side of this hole. A wedge is all you'll need for your second to the smallest green on the course which is fairly flat. A good birdie chance awaits.
MORE INFO 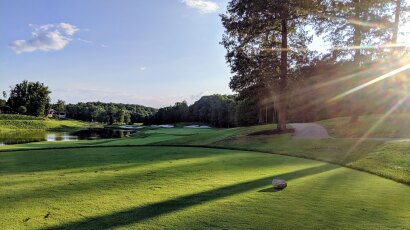 Par 5 | 12th hardest hole
A blind tee shot requires your full attention. Once in the fairway, longer hitters can go for two. If not a wedge will be all you'll have to reach this green in regulation. The smart play is to go center green - firing at the flag and missing will have you wishing you hadn't.
MORE INFO
See All Holes

“Tom Fazio was my primary influence - making courses visual, visually pleasing, and very player-friendly,” said Ed Carton, Course Designer. Carton became a senior design associate with Hurdzan Golf, and then he began associations with Gary Player, Sam Snead and Raymond Floyd. “The second part of my career, working with some of the greatest professional golfers in the world, gave me their point of view.” The result of his collaboration with Sam Snead was the universally praised Poplar Grove, in Amherst.

“We spent time driving back and forth from the Masters, and I’d ask him, ‘What do you think of these bunkers?’ or ‘What do you think of this green?’ One of the things Sam liked was creating a green which he thought of as a catcher’s mitt - where, if you hit the green, the ball doesn’t just trickle off, but instead, you’re rewarded with hitting the green. Another thing I took from him was a sense of shot values coming into the green - and, for example, how to make hazards very visible.” As a result of his background, Ed feels that he’s been able to design a course that is playable for higher-handicap golfers, and can be challenging for tournament professionals.

“What I’ve tried to do - and I feel like I’ve pulled it off - is to create a golf course which incorporates both those aspects, so that it’s very playable but yet has the capability to being pushed to where you could have a tournament on it and can be as difficult as you want to make it. Here’s an example relating to playability and reward: we try to keep the fairway at least 40 yards wide at the landing areas, but typically we’ll start to narrow down to 30 when we get out to around 300 yards. That requires long hitters to be accurate, too - you don’t want them to be able to bomb the ball out there anywhere and expect to be in the fairway.”

Golf Is Calling Your Name
Ready to Play? Come Experience One of the Best In Virginia.
Book Now 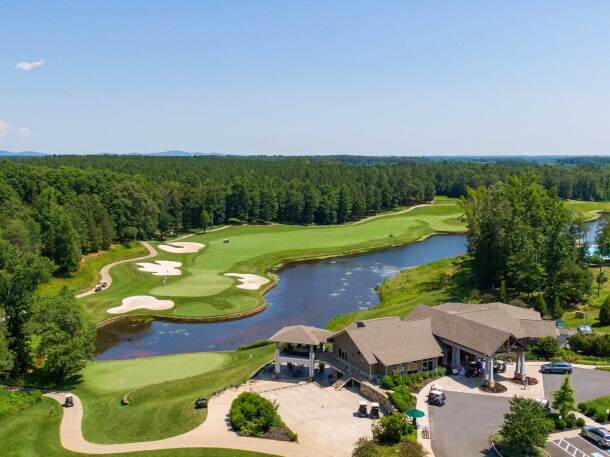 Golf Changes Due to COVID-19
We appreciate the opportunity to give our members and guests an outlet to get fresh air and exercise in a safe environment. We pride ourselves in providing a safe environment for the enjoyment of the game of golf, and we have opened with some very important changes designed to ensure everyone's safety.